The Moon is the second World in Mr. Mine. After digging to a depth of 1,000 km on Earth, you reach the bottom surface of the Earth. Then, there is a 32 km region of air and space, which you progress pretty fast through before reaching the surface of the Moon at a total depth of 1,032 km. The Moon starts from 1032km till 1782km. 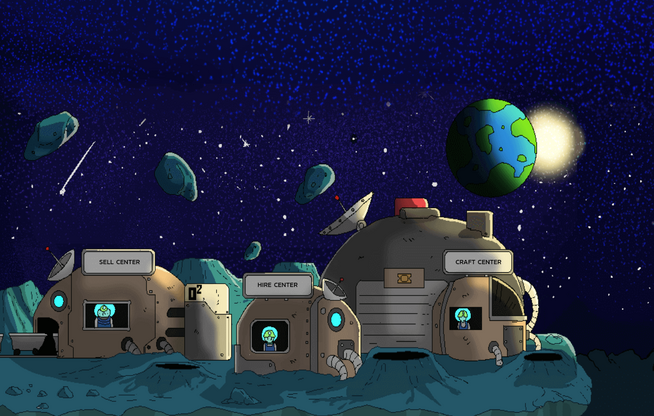 The new Moon Materials that can be mined are: Carbon, Iron, Aluminum, Magnesium, Titanium, Silicon, Promethium, Neodymium, and Ytterbium.

The new Moon Isotopes are: Nitrogen, Helium, Einsteinium and Fermium. The last 2 aren't obtainable by mining but through the Reactor.

Also, a new planet is coming soon! It is still a work in progress though and hopefully coming to Mr Mine soon!

Any guesses of what the new planet is going to be?? The world after the Moon is called Titan.

Community content is available under CC-BY-SA unless otherwise noted.
Advertisement